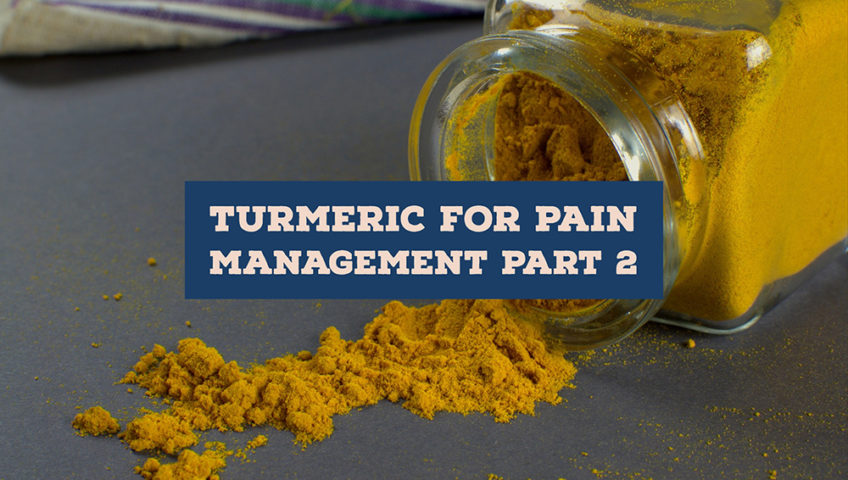 In our last article, we talked about 6 of the biggest benefits of Turmeric in alternative or holistic therapies for pain management.

Maybe, with more doctors accepting alternative medical treatments – or complementary medical treatments for pain management – there will be the opportunity for the needed testing and proof to bring curcumin mainstream in the near future.

Here are Four More of The 10 Biggest Benefits of Curcumin (Turmeric) Including Pain Management:

There are many different types of cancer but they all have some things in common and those things are affected by curcumin. Researchers have been studying curcumin as a cancer treatment and have found it can effect growth, development, and spread at the molecular level. Studies have shown it can decrease new blood vessels in tumors, metastasis (spread of cancer), and even kill existing cancer cells.

In test animals, studies have shown curcumin reduces cancerous cell growth and inhibit the growth of tumors. Whether these results can be replicated in humans has not yet been studied enough. Yet, there is some evidence it prevents cancer in the first place (especially cancers of the digestive system like colon cancer).

Perhaps Curcumin may one day be used in conjunction with conventional cancer therapies? The initial studies are promising.

Alzheimer’s is the most common neurodegenerative disease in the world and the #1 cause of dementia. So far, there has been no real treatment for Alzheimer’s. This makes preventing it, a priority.

Curcumin has been demonstrated to cross the blood-brain barrier. This is hopeful because it means it could stop the inflammatory and oxidative changes in the brain that breed Alzheimer’s, in their tracks.

Similarly, another factor in the development of Alzheimer’s is the growth of protein tangles called Amyloid plaques. Studies show curcumin may help clear these plaques.

While nothing regarding curcumin and Alzheimer’s is yet concrete, it does show promise as a potential answer to this crazy disease.

Curcumin is great for arthritis – a common source of pain for many people.

One thing that causes many people to seek pain management – and/or become dependent on pain management medications – is arthritis. Arthritis can be very painful and debilitating.

Most types of arthritis involve inflammation of the joints. As we have covered, curcumin definitely decreases inflammation and possibly, better than current medications. Therefore, it can be deduced that it would be effective at treating arthritis and thereby, reducing arthritic pain. *Recent studies even show curcumin is extremely potent against rheumatoid arthritis – a disease that causes tremendous pain for the sufferer and that only powerful drugs help.

In a controlled trial, 60 patients were divided into 3 groups. One group took Prozac, one took 1g of curcumin, and another took both. After six weeks, the curcumin and Prozac groups were nearly the same in terms of effect on depression and the group that received both was doing the best.

Again, this is thought to be because curcumin increases brain-derived neurotropic factor. As such, some studies also suggest it would then increase serotonin and dopamine – natural fighters against depression. Subsequently, this would help with pain management since these feel-good hormones help people with their own natural pain fighting ability.

In summary, turmeric / curcumin shows great potential for preventing, treating, and fighting some of the most pervasive, degenerative, and deadly diseases and health issues we face. While much more testing probably needs to be done before turmeric will replace modern pharmaceuticals, it likely has a place in complementary medical treatment since it is basically side-effect free.